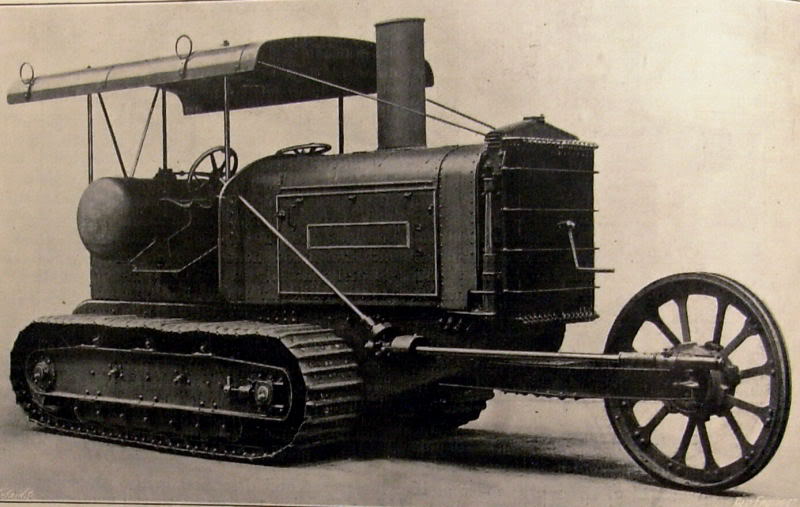 In 1842, Nathaniel Clayton got together with his brother-in-law, Joseph Shuttleworth, and the pair established the company Clayton and Shuttleworth. The company’s early years were mostly spent on research and development, with the couple attempting to design and manufacture engines and farming equipment.

In 1845, Clayton and Shuttleworth built their first portable steam engine, followed by the creation of their first threshing machine in 1849. For many years, those two products constituted the mainstay of their business, becoming one of the leading manufacturers in the United Kingdom at that time. The company was so successful that they were even selling their steam engines and threshing machines to other manufacturers, as well as selling through themselves. By 1851, they had managed to sell more than 200 steam engines, considered to be a large number at that time, helped along by the Great Exhibition. By 1857, the company had boosted its production of steam engines significantly, having manufactured over 2400 by that time.

45 years after the company’s first ever steam engine, their total output reached 26000, alongside 24000 threshing machines.

Although an established British company, Clayton and Shuttleworth saw the benefit in expanding their operations throughout all of Europe, mainly to have easier access to export markets. The company’s workforce at their central Lincoln plant nu 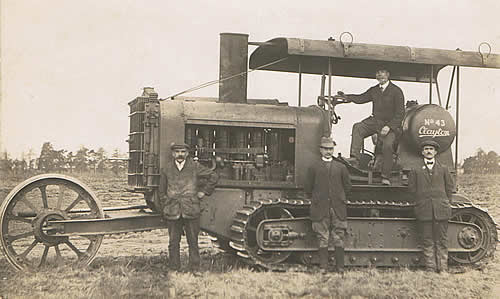 mbered 1200 during the 1870s. Very early on, the company also established a branch in Vienna, followed by the opening of other departments in Pest, Prague, Krakow, and Lemberg. The firm underwent one of their most significant structural reforms, when in 1901, they became a limited company, with the son of the founder, Alfred Shuttleworth, becoming chairman.

Clayton and Shuttleworth also began to dabble with making internal combustion engines during the early 20th century, by producing tractors. In 1911, the company designed and built a four-cylinder oil engine with a car-style radiator, with a sheet metal bonnet and cab roof. The company expanded on their line in 1916, with a four-cylinder gas-kerosene engine crawler tractor, a move away from the wheeled tractors which were common at the time. The company continued producing that particular tractor until 1929. Clayton and Shuttleworth were also the first British company to make a combine harvester.

Ultimately, the company failed in 1929 and were taken over by Marshall, Sons & Co. of Gainsborough, with the latter desiring the combine harvester technology owned by Clayton & Shuttleworth. The company’s European branches were either merged with existing European companies or were taken over by the state during the various communist revolutions during the 1920s and onward in Europe. Although today very little evidence of the company remains, some of the original factory buildings are still in use by smaller companies.