The Qinghai-Tibet railway, which is also known as the Qingzang railway, is a high-elevation line which connects Xining, Qinghai Province, to Lhasa, Tibet, Autonomous Region of China. The railway line is almost 2000 km long and is currently known for having the highest elevation of any railway in the world at 5072 metres above sea level. 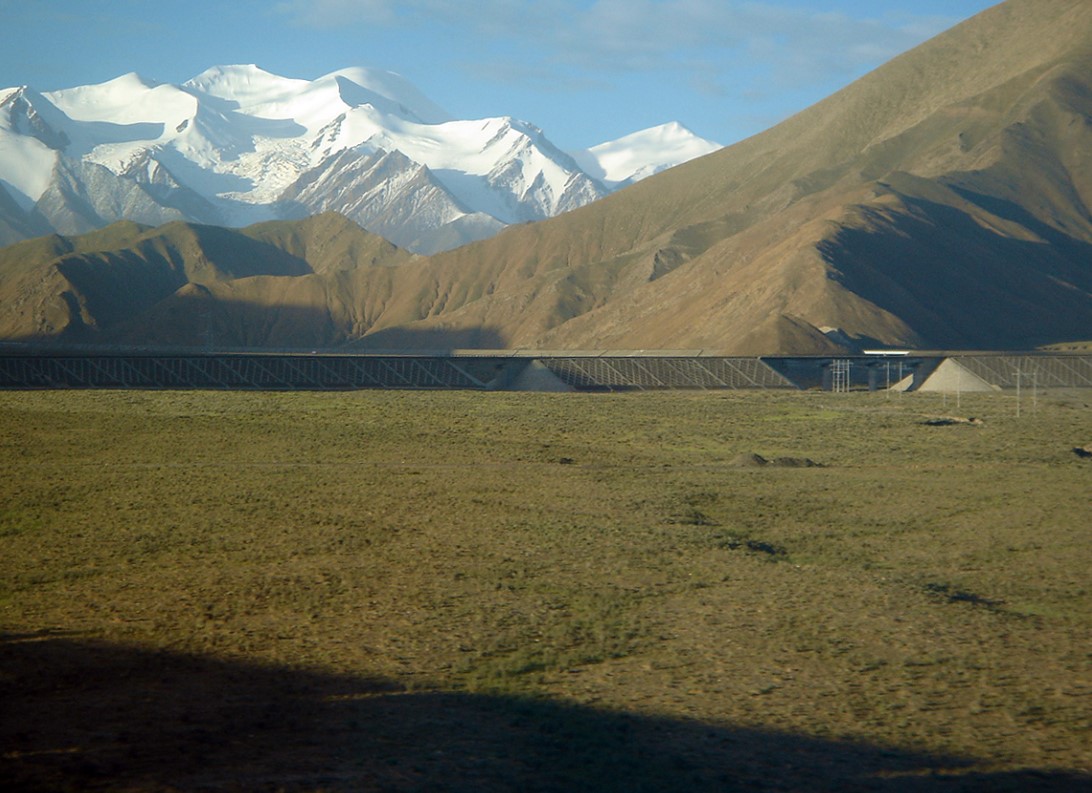 o the elevation and terrain of Tibet, it was one of the last provinces of China to have a commercial railway.

Passenger trains currently run from Beijing, Chengdu, Chongqing, Guangzhou, Shanghai, Xining, and Lanzhou, with the service carrying between 800 to 1000 passengers during the peak season.

The point of the route which is highest is the Tanggula Pass, which also features the world’s highest railway station, the Tanggula train station, at 5068 m above sea level.

Due to the elevation of the train, sometimes lack of oxygen has been an issue. To combat this, each passenger carriage has oxygen supplies, as well as a doctor being on board every train.