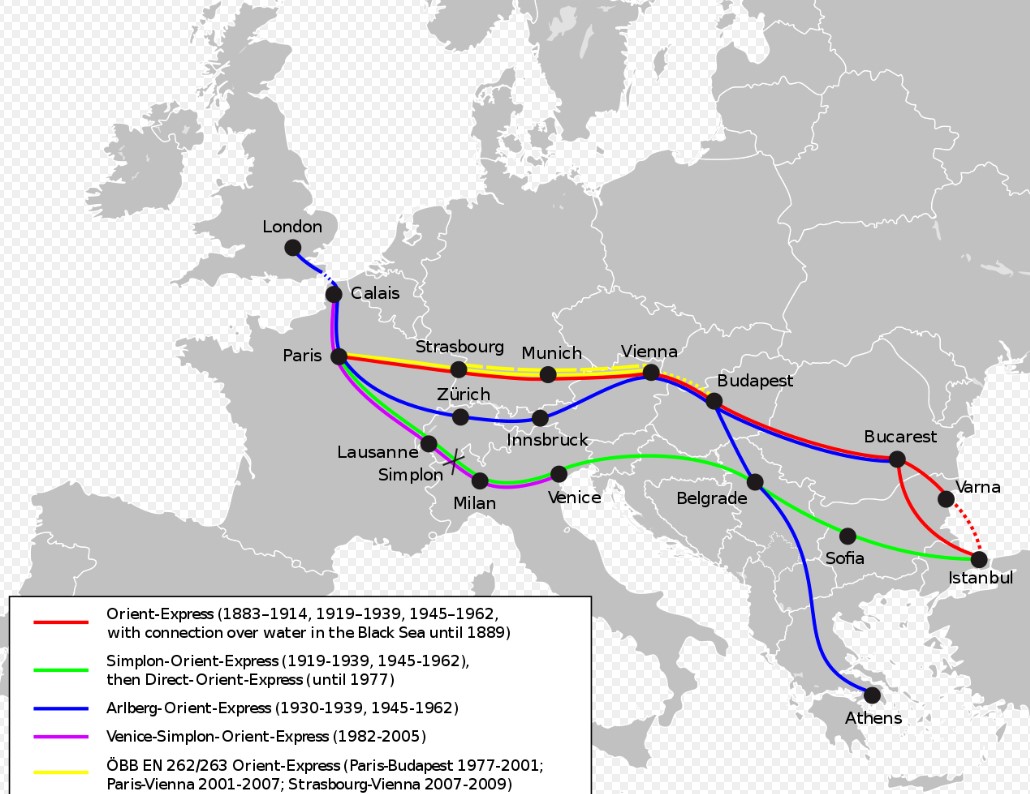 The two most prominently associated cities of the Orient Express route are Paris and Constantinople, which were the original final destinations of the timetabled service. The Orient Express was considered by many to be a showcase for how luxurious and comfortable travel could be, at a time when it was still generally supposed to be rough and quite dangerous.

in 2007, with the last train leaving Paris on Friday the 8th of June. After this, the only route which still bore the name Orient Express began to leave from Strasbourg, owing its success to the LGV Est, which shortened the journey time between Paris and Strasbourg. Although debate continues as to the exact reasons why the Orient Express no longer runs, the most popular theories are that high-speed trains and cheaper air travel have simply removed the economic viability for the train service to run.

On the 5th of June, 1883, the very first Express d’Orient left Paris for Vienna, and until October the 4th, 1883, when the route was expanded, remained a standard international train service. In 1891, the train was officially renamed the Orient Express, and public interest in the route extended beyond necessary travel to travelling for the pure pleasure of it.

In 1889, the train’s easternmost terminus became Varna in Bulgaria, where passengers could go on to take a ship to Constantinople. With the construction of new rail lines, the train route was eventually expanded, and in 1889, on the 1st of June, the first direct train to Istanbul left Paris.

Unfortunately, the service was suspended during World War I, resuming after the war ceased. The service was improved in 1919, with the opening on the Simplon Tunnel, which allowed for a more southerly route via Venice, Milan, and Trieste.